Cars powered by the Sun

September 14, 2021
The future is bright for using the power of the sun to move people around. This week I began my journey as a brand ambassador for Aptera. My goal is to help rural areas experience EV cars for work and play in Michigan's four seasons. 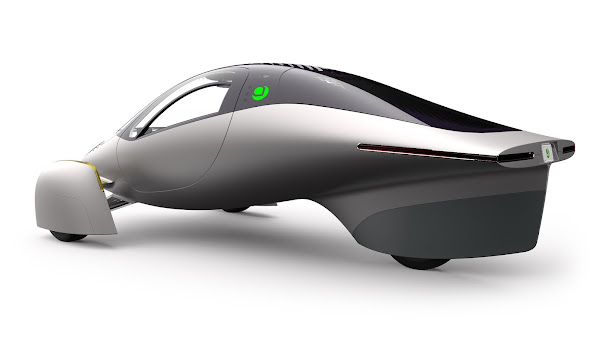 Popular posts from this blog

The Joy of a Managed Day with Taskito

May 22, 2021
I have been in search of a perfect task manager to help manage my chaotic schedule. I wanted a task manager that could integrate with a calendar as a single tool. Most task managers are great list makers but the tasks don't easily find their way to my daily planning. There should be a more natural way to schedule work through tasks.  Time Blocking is a popular planning technique taught by Cal Newport. It requires a consolidated to-do list and schedule. Taskito is the only solution I have found that elegantly blocks time by creating calendar events or tasks in a beautiful timeline view. When I review the day with completed calendar and tasks, I feel a little more in control and accomplished.  Taskito is currently Android only but the developers are working on a web version. Taskito syncs with Google Calendar.
Post a Comment
Read more

October 01, 2020
When a person wants to make a big change for the better, there will be a few things present. First, a resolve to make a defined and total change. Second, a plan to accomplish the goal. Third, a lack of character**. Yes, I said it. We often don't have the most important thing to make a real change. Ben Franklin observed this problem when he wrote, " What you seem to be, be really. ” - Poor Richard’s Almanack, 1744 In other words, the very thing you want to become, be doing those things when no one else is looking. For this is the basis of character and character becomes the foundation for personal achievement.  People who want to lose weight need to work on their character as much as their habits. People who want to want to save for retirement have to work on their character as much as their spending.  In the end, we can be whatever we want to be if we will develop the strength of character. My challenge is, "What you seem to be, be really.” **Webster's dictionary defi
Post a Comment
Read more

November 14, 2020
An amazing man whom I respect wrote this post: "I’m NOT a doctor or a scientist.  But I have an opinion. As a Christian, I believe God Almighty created our immune system to protect us.  But it can’t do it’s job unless it’s exposed to viruses like #covid19.  I think in the near future, they’ll discover that masks were NOT helpful (except at a higher risk).  That it would have been better to get exposed, get over it, get exposed, get over it, for 5-7 times and then you’ll have immunity Here is my response: I understand the logic, your faith position and agree with most of it.  Not everyone has a good immune system at all times. If we could somehow quantify the level of each person's immunity, we could face COVID and live differently.  There is a fine line between faith and presumption. We live by faith and not by sight. We also don't put God (or ourselves) to a foolish test. We protect ourselves to the best ability and trust God for his help.  There is always two sides, two
Post a Comment
Read more

Michael Potter
Hello! I am a support professional, tech enthusiast and gifted musician with a mission to help people improve their lives with technology. I’m passionate about Getting Things Done (GTD), mobile computing, writing and electronic communication.