I moved out of Google 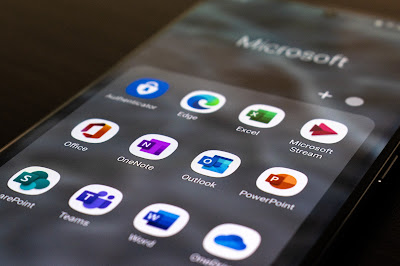 I started in my digital journey fifteen years ago in the Apple world, soon after the iPhone was released. I spent ten years in the Apple ecosystem and was a faithful, vocal fanboy. Then Google changed Android to be more secure, updatable, and customizable. I bought my first Samsung phone (Note 9) and I have never looked back.

The transition to Samsung and Android has been a good one for me. While I had some issues with my Note 9 updating (never switch carriers.....ugh), I tried the Google ecosystem to be as  integrated as possible but that never really happened.

The problem was Microsoft. I have been using Outlook (remember Hotmail) since I got my first computer and my association with Office has been long. While you can live in Google and Microsoft ecosystems simultaneously, I couldnt find my happy place.

Microsoft announces the line of Duo phones in 2020 with Android. They released "Your Phone" app for Windows in 2020 and my new world started to come together. Microsoft partners with Samsung in 2020 and for the first time, Apple has real competition!

I remain a happy Android user because of Windows 11 integration and feel like both Samsung and Microsoft won a big battle in the world of mobile.

Popular posts from this blog

Cars powered by the Sun

September 14, 2021
The future is bright for using the power of the sun to move people around. This week I began my journey as a brand ambassador for Aptera. My goal is to help rural areas experience EV cars for work and play in Michigan's four seasons.
1 comment
Read more

November 13, 2021
Today is my cat's last day. He has an incurable condition that will eventually lead him to suffocation or heart attack. We are removing the possibility of suffering by putting him down. There isn't a more uncomfortable task we have in life than to face death. Especially when it is someone we love. We don't like to think of our own death either. Most lack a living will, money to cover burial expenses. not to mention leaving a legacy or lasting value behind. Avoiding death is the same thing as negligence. It's a failure to embrace the inevitable. We are celebrating Toby's life today but that's not enough to ease our crying eyes and sobs. We need to consider our own passing. Now. Have you planned your end? Are you now prepared? What is your legacy?
Post a Comment
Read more

Do You Face the Future?

June 18, 2021
I believe that people by nature are "future facing". This simply means that we look forward to the future, wonder what it'll be like, how we will live, and what will be different.  When we're not future facing, that should warn us of a problem. It means that we have to run the diagnostics on our life to see what's wrong and get help if we need it.
Post a Comment
Read more

Michael Potter
Hello! I am a support professional, tech enthusiast and gifted musician with a mission to help people improve their lives with technology. I’m passionate about Getting Things Done (GTD), mobile computing, writing and electronic communication.